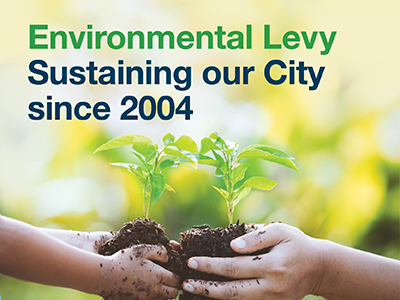 Randwick Council will submit a request to the Independent Pricing and Regulatory Tribunal (IPART) to continue an Environmental Levy until 2024, following a decision by Council at an Extraordinary Meeting on Tuesday 12 February 2019.

A report to the Council summarised the results of a seven week consultation program run from 20 November to 9 January which found widespread awareness of the levy and the sustainability programs it funds.

A survey sent to every business and residential ratepayer revealed 54% of the 5,823 respondents supported the continuation of the levy. In addition, a telephone survey of 600 random and representative residents and ratepayers found 72% support for the levy.

The Environmental Levy has been in place since 2004 and has helped extend the Coastal Walkway through South Coogee, Malabar Headland and Cape Banks as well as irrigating coastal parks with recycled stormwater. It also funds other environmental initiatives such as Gross Pollutant Traps which improve water quality runoff at our beaches and environmental programs, workshops and festivals like Eco-Living Expo.

IPART will publicly exhibit Council’s request, which will be open to further comments from the community, throughout February and March 2019 and will announce its decision in May 2019.

Should IPART approve the application to continue the levy, it will represent an average of 25 cents per day, or $91.49 per year, for the average residential ratepayer.